In the weeping brook

Sur l'onde calme et noire où dorment les étoiles
La blanche Ophélia flotte comme un grand lys,
Flotte très lentement, couchée en ses longs voiles...
-- On entend dans les bois lointains des hallalis.
(Arthur Rimbaud: "Ophélie" [a fragment])
In his The Philosophy of Composition, Edgar Allan Poe asserts that "the death ... of a beautiful woman is unquestionably the most poetical topic in the world", and, indeed, the compelling, lush, and grisly melancholy of the death of a beautiful woman has attracted tremendous attention in a number of artistic fields.
While one of the tragic heroines most popular with artists appears to be Shakespeare's Ophelia, undoubtedly the most famous representation of her was produced by John Everett Millais (1852). The painting has proved extremely influential (on the subsequent representations and interpretations of Ophelia, for instance), and not only the drowning scene in Laurence Olivier's Hamlet (1948) reminds us of it, but also, for instance, one scene in Lars von Trier's Melancholia (2011) is clearly reminiscent of it. 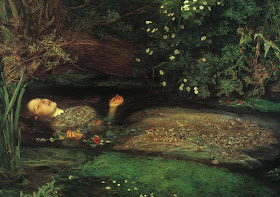 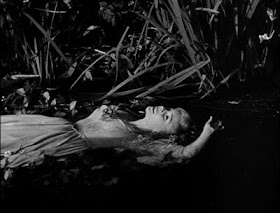 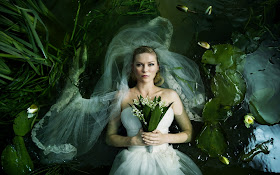 (Kirsten Dunst in Lars von Trier's Melancholia)
A number of other Pre-Raphaelite artists, such as John William Waterhouse, Dante Gabriel Rossetti, Arthur Hughes, and Joseph Noel Paton, were also captivated by the subject.
"These Pre-Raphaelite images were part of a new and intricate traffic between images of woman and madness in the late nineteenth-century literature, psychiatry, drama, and art. First of all, superintendents of Victorian lunatic asylums were also enthusiasts of Shakespeare, who turned to his dramas for models of mental aberration that could be applied to their clinical practice." (Elaine Showalter, "Representing Ophelia: Women, Madness, and the Responsibilities of Feminist Criticism". In Susanne L. Wofford (ed.), Hamlet, Bedford Books, 1994) 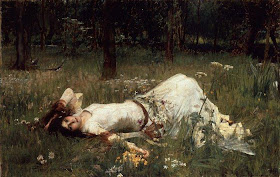 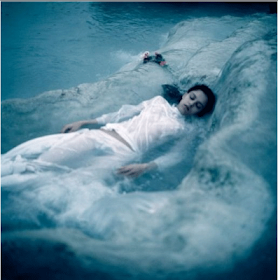 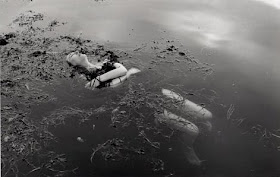 (George Steeves)
Besides, there are undeniable Ophelian influences, for instance, on PJ Harvey's To Bring You My Love (1995) album cover art, and Nick Cave and the Bad Seeds and Kylie Minogue's "Where the Wild Roses Grow" (1995) music video and single cover art. 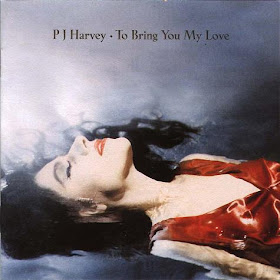 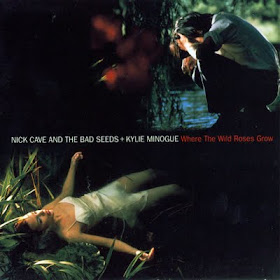 Moreover, fashion photographers have recently taken to the subject as well. 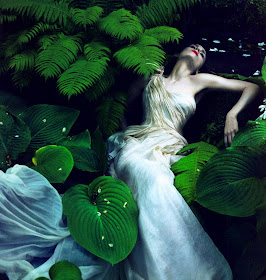 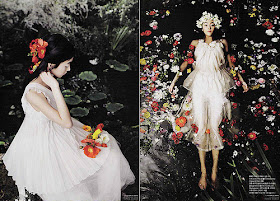 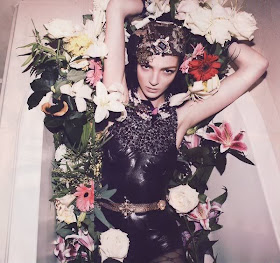 (Vogue Japan March 2009)
And, interestingly, the (death) scene has often been moved into the private space of a bathtub. 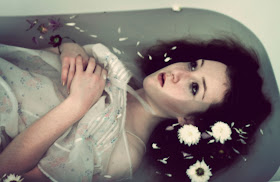 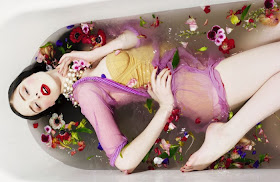 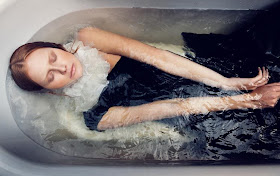 (Ayten Alpun)
Furthermore, Izima Kaoru in his photographic series Landscapes with a Corpse abandons the motif of the death by drowning and collaborates with beautiful young women (actresses and models) to develop their fantasy of "a perfect death", including location, clothing, and the manner of their death. Izima then constructs the scenes, and shoots a series of images of each scene from the panoramic to the close-up perspective [1]. 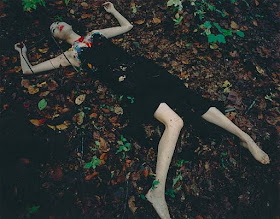 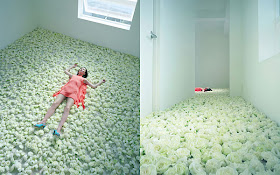 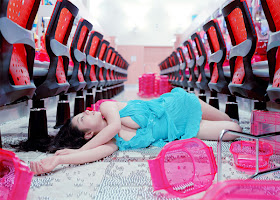 Finally, Erik Odijk removes the beautiful woman from the picture and confronts us with her absence as the Ophelia in his "portrait" of Ophelia's death is no longer in view, having been absorbed by  the surrounding nature. 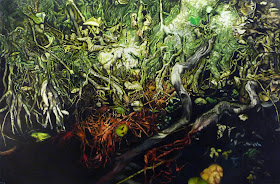 VenusteTristor at 5:02 AM No comments:
‹
›
Home
View web version